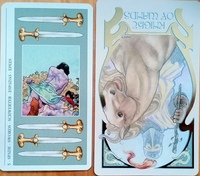 Yes, you have the "right" to 'say what you feel', but if the other part really don't see, feel or know of a conflict (or is of a VASTLY different opinion than you), it's most likely futile to make a confrontation!
Crude, instinctive and/or unconscious energies just aren't the best ones to confront!
You will probably end up feeling ignored, and/or perceived captious or critical - most likely triggering (even more) anger and frustration within you!
Sounds rather uncomfortable and pointless, doesn't it?
Are you likely or most open to change when someone hits you in the head with their view and/or opinion, or when you feel seen, heard or understood?

Drop it!
Or flip it!
Go in another direction, or do something completely different!
Shake things up (most of all: rattle your own ego out of 'conflict thinking')!
Find better, more fruitful and pleasant, ways to spend you energies.

Consider the possibility that there just ain't no conflict - just a matter of different perspectives, and different ways of living. Or something like that.
Consider that right or wrong doesn't exist.
Consider this a test or challenge for you to grow!

You might be in a rather strange situation, almost on the verge of 'not of this world' - and situations like that can't be managed in a traditional manner!

Now is a time for new CREATIVE approaches!
Not aggressive ones (from fear)!

We've all heard it:
"We can't solve problems by using the same kind of thinking we used when we created them."
Albert Einstein

If you THINK you have a problem, solve it by other means - or change your thinking!
You don't HAVE to think of it as a problem you know ;)